For decades now Bon Jovi concerts and Bon Jovi tickets have been in great demand. The band led by front man Jon Bon Jovi have been travelling across countries and winning the hearts of many with their heart warming rock sounds and significant lyrics of songs like Keep The Faith and Bed Of Roses. Fans all over the world would do almost anything just to get a ticket to see the great Jon Bon Jovi in person performing with the rest of the band. 4Alltickets offers the best Bon Jovi tickets at great prices! Now, there is no more need to wait endlessly in line for your turn to get tickets, since you have now found 4Alltickets! Our website allows you to purchase Bon Jovi tickets from the comfort of your own home. Get your Bon Jovi tickets now and you will be amongst the very lucky few who will get to attend the upcoming Bon Jovi tour.

Lately it is difficult to find Bon Jovi concert tickets. The band’s tickets have risen quite a bit in price due to a large number of fans wanting to see the band live on stage and the scarce availability of tickets. Bon Jovi enjoys world wide popularity and their concerts are awaited with great anticipation. Fans never wait to long and will do anything to get tickets that will brings them closer to their favourite band Bon Jovi. Scalpers are aware of this and will take advantage of people. For this reason, fans must always make sure to buy only from trusted sellers such as 4Alltickets. Here you can be sure to get only the best seats for the concert and at reasonable prices as well.

The rock band Bon Jovi, from New Jersey USA is one of the biggest rock groups and has been since the 1980s, when the band was formed. With the original members Jon Bon Jovi, Richie Sambora, David Bryan and Tico Torres, the group catapulted into global success thanks to their massively successful third and fourth albums: Slippery When Wet (1986) and New Jersey (1988). Those two albums provided eight top ten hits, four of which topped the charts at number 1. Throughout their career, Bon Jovi has released ten studio albums, only one of which did not reach platinum status. Bon Jovi has so far sold over 120 million copies of their albums worldwide, earning them a Grammy award. Check out 4Alltickets for Bon Jovi tour schedules and don’t forget to get your tickets. 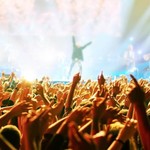 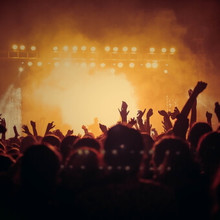