A Campingflight to Lowlands Paradise 2021

Lowlands first made waves in the music industry when it lunched in 1993 as “A Campingflight to Lowlands Paradise.” The annual musical event is much awaited by tens of thousands of music fans who have put Lowlands on top of their list of favorite festivals to go to. If you want to get Lowlands festival tickets, be prepared to fight over them with other loyal fans who want to go to this festival as much as you do. The event is held during the same time every year so you can rest easy because there will always be Lowlands tickets for you here at 4Alltickets as soon as they are released. With our very easy ordering process, booking a ticket is a breeze! For the best Lowlands tickets, 4Alltickets should be on your list of favourite websites.

Obtaining Lowlands festival tickets to the upcoming event will probably be very hard. Being among the most prominent events in the Netherlands, the Lowlands festival has endeared itself to many music fans and concert goers around Europe. Ever since the festival began in 2000, followers have been killing themselves for a ticket to the upcoming Lowlands event that will allow them to see amazing performances live. Lucky for you, 4Alltickets is giving you a chance to easily get Lowlands tickets. All you have to do is place an order for your choice of Lowlands tickets and 4Alltickets does the rest. Only with 4Alltickets, you can save your energy for one exciting musical event at Walibi World in Biddinghuizen, the festival ground of Lowlands. Get your tickets today through 4Alltickets!

A Campingflight to Lowlands Paradise tickets

More commonly shortened to Lowlands, the A Campingflight to Lowlands Paradise music festival is one of the biggest and most awaited for music events in the Netherlands. This amazing festival started out as one of the country’s first pop festivals in 1967. It was, then, known as “A Flight to Lowlands Paradise” and was organized by famed artist Bunk Bessel. In 1993, the Lowlands Netherlands festival took on its new name and has since grown to enormous proportions. Today, the Lowlands Netherlands music festival, which is held annually in Biddinghuizen, features hundreds of acts performing in more than 10 stages and tents. Apart from today’s most popular local and international musicians that grace these stages, there are also theatre productions, films and stand-up comedy acts. 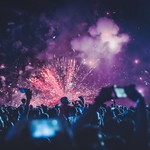 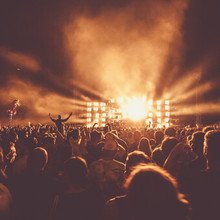