Toto has been a huge hit since the rock band formed in 1976. It has been so amazing to see what fans all over the world would do just to get a ticket to see Toto perform their greatest hits live. 4Alltickets has the best inventory of Toto tickets offered at competitive prices. Now, there is no more need to go through long lines because 4Alltickets allows you to purchase Toto tickets at the security and comfort of your own home. Get your Toto ticket now while you can still be among the fans who will get to watch them at their next tour so you can soon be singing along to classics hits such as “Africa,” “Rosanna,” and “I Won't Hold You Back.”  With 4Alltickets, buying tickets is a breeze.

Toto concert tickets are not always easy to get hold of especially considering how resellers have been pricing them. Because the fame of Toto has made it become among the most sought after American rock group, it is no wonder that any Toto concert it always sold out. Although they often have performances even after over 3 decades in the industry, even just one ticket may be hard to get. Another problem for Toto fans is that their shows are just like gold mines for devious scalpers. Each can unreasonably sell for hundreds and hundreds of dollars. Because of this, fans must always be careful and transact only with trusted sellers like 4Alltickets. At 4Alltickets, you can be sure to get only the best seats at reasonable prices for any concert.

Grammy Award winning rock band Toto was founded in 1976 in Los Angeles, California, USA. Toto began its successful career with their self-titled debut album in 1978, which went on to achieve multi-platinum status. Numerous personnel changes throughout the band’s life did not deter Toto from achieving commercial success. Their best album release to date is 1982’s “Toto IV,” which went three times platinum and peaked at number 4 in the U.S. and the UK. While several of their albums failed to mimic the success of their debut and their fourth album, Toto, with their 17 albums collectively selling over 30 million units, is undeniably one of the biggest bands in their era. Former and current band members are recognized by fans, critics and their peers as some of the most talented musicians around. 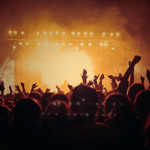 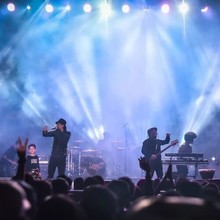 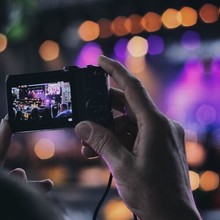