Any rock and roll fan should be familiar with the Rolling Stones. This British rock band has played and has continued to play some of the best rock music you will ever hear. With Mick Jagger’s matchless voice and the rest of the band’s amazing talent, Rolling Stones will surely make you want to buy tickets to their next gig. With the amount of talent this legendary rock band has, they have ruled the airwaves, topped international charts, and have become bestselling artists. Today, five decades after the group formed, Rolling Stones tickets still sell like they are still the hottest acts wherever they go! So book your seat to the next Rolling Stones concert through 4Alltickets now! 4Alltickets’s trusted and secure ordering process is so easy to use. Offcourse your Rolling Stones tickets will be delivered to you well in advance, so purchase now!

British rock band the Rolling Stones, formed in 1962, has had a distinguished career spanning four decades. This legendary band is one of the most influential and enduring rock groups in history. From their self-titled debut album in 1964 to 2007’s ‘Paint it Black’, the Rolling Stones productions lists 55 albums which, have sold over 200 million copies worldwide. In 1969 at a Rolling Stones tour, their manager called them the “Greatest Rock and Roll Band in the World”, a well-deserved title, indeed. This Rock and Roll Hall of Fame Rolling Stones tour in 2005 is cited in record books as the highest-selling tour in history. With 40 years and no signs of stopping, the band has proven that they will ‘Not Fade Away’. 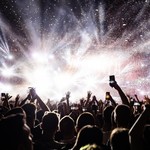 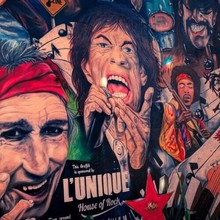