If you are a rock fan, the Dutch rock/ pop music diva Anouk is sure to be on your list of favorites. This rock sensation is touring again and will soon make an appearance in your city. Grab your Anouk tickets right away! Anouk is all set to rock the music scene in your city! At the concert, she is likely to perform her hit singles ‘Mood Indigo’, ‘Nobody’s Wife’, hits from her album ‘Urban Solitude’ as well as some of her latest hits like ‘Anouk is Alive’ and ‘Who’s Your Momma’. Grab your Anouk ticket before tickets are sold out! Anouk tickets can be purchased online at 4Alltickets Don’t miss the opportunity to watch your favorite star live in action. Book your ticket with us today!

Put on your dancing shoes and get ready to attend the Anouk concert in your city shortly. Anouk is all set to take the stage by storm! Book your concert ticket with 4Alltickets today. These Anouk tickets are selling quickly and are likely to be out of stock very soon. This rock diva is all set to make you sing along by performing her various hit singles like ‘Nobody’s Wife’, various hits songs from her 1999 release ‘Urban Solitude’, smashing rock numbers from her 2003 release ‘Graduated Fool’ among others. At the upcoming Anouk concert, She is also likely to perform her latest hits from 2006 ‘Anouk is Alive’ and the 2007 release ‘Who’s Your Momma’. Grab your tickets today to watch Anouk live in concert.

Pop sensation Anouk Teeuwe is a Dutch singer, born in The Netherlands. Anouk credits her mother with her growing interest in music since her childhood days. In her formative years, she met Barry Hay from the recording company ‘Golden Earring’, who offered to write some songs for her. The single ‘Mood Indigo’ was a hit. In 1997, Anouk released her second single ‘Nobody’s Wife’, which topped the Dutch music charts. Following this, she released her debut album ‘Together Alone’ which was a massive success and won her various accolades. She also received two awards from the Dutch TMF. Her second album release ‘Urban Solitude’ saw the single ‘R U Kidding Me’ top the ‘Dutch Top 100’ charts. The strongest rock release of her career was the 2002 release ‘Graduated Fool’ which got her the Golden Harp award, the following year. After a series of mediocre releases, Anouk is back with a bang, with her latest 2007 release, ‘Who’s You Momma’ 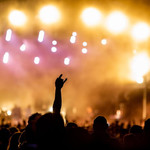 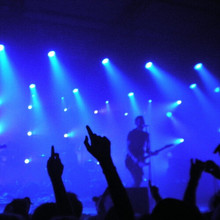