American alternative rock act Red Hot Chili Peppers were formed in 1983. With a solid lineup of Anthony Kiedis, John Frusciante, Flea and Chad Smith, the Red Hot Chili Peppers have become one of the biggest rock bands today. Their self-titled debut album in 1984 has sold some 300,000 copies. After three follow-up albums with mixed levels of success, the band hit the big time with 1991’s ‘Blood Sugar Sex Magik’. That 7x Platinum album has sold over 12 million copies and made Red Hot Chili Peppers tours one of the most attended during that time. All their albums since then have achieved multi platinum status; with their biggest release to date being 1999’s ‘Califorication’ (15 million copies sold). Their latest album, the Grammy winning ‘Stadium Arcadium’ (2021) hit the top spot in most charts around the world. Red Hot Chili Peppers tours are famous for being among the best live shows today. 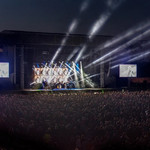 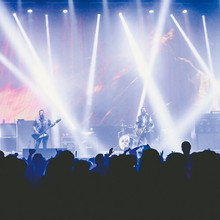