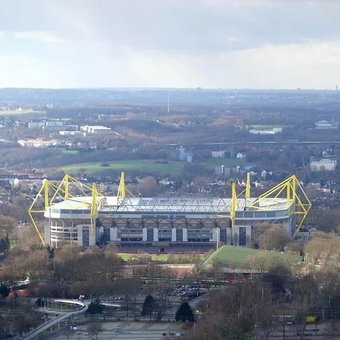 Borussia Dortmund is a top club located in the German town of the same name, on the border with the Netherlands. In recent years, Borussia Dortmund has been one of the few clubs that can compete with the great Bayern Munich. Especially in the last seasons, the club has been successful with several second places in the Bundesliga.

The club has been champion of Germany several times and has also won a number of European top prizes. Borussia Dortmund is known as one of the best trainers in Germany. Trained players who make a breakthrough at the club often reach the top at other clubs as well.

✅ Extra:
Shirts, scarves, flags, etc. of the away team are not allowed as Borussia Dortmund has qualified this match as “Home Support Only”.